What is the Best Inverter for a Lithium Ion Battery: A Brief Guide 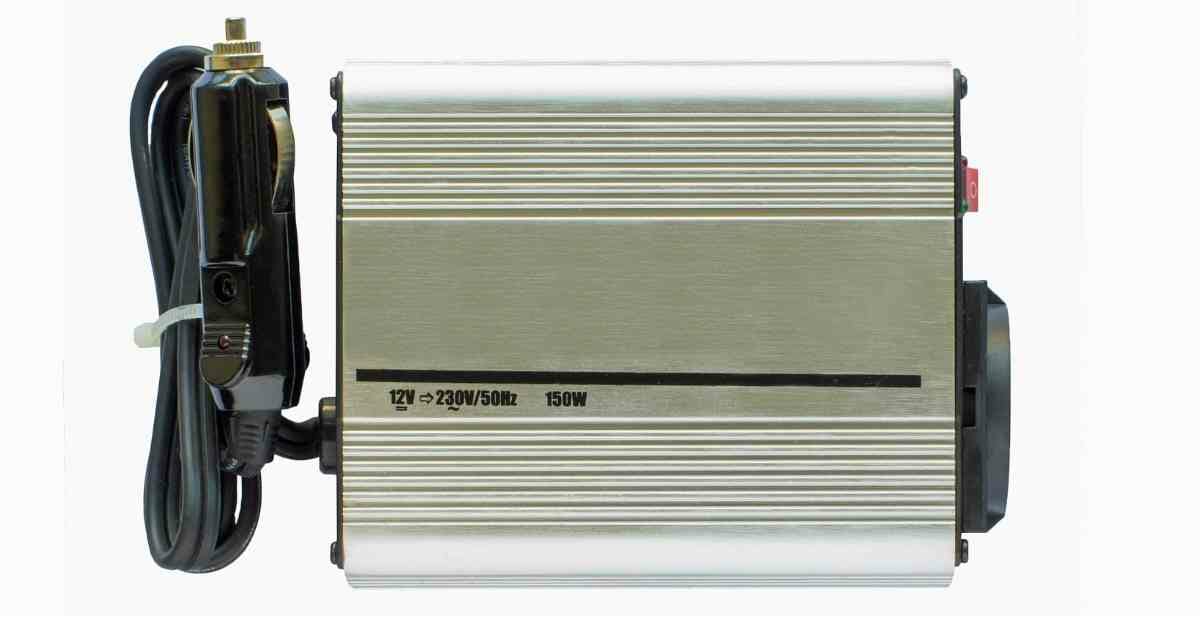 We should start off by pointing out that decent inverters are necessary for operating any standard or renewable energy systems, even more so for systems that incorporate lithium ion batteries.

Given the size and potency of today’s lithium batteries, inverters are essential for any system that handles huge loads at any given moment. Not just that but they are also more apt at handling fluctuations in a solar or wind power system without stressing the batteries themselves.

As a matter of fact, renewable energy systems are more or less dependent on quality inverters, especially if the focus of the system is a battery bank or arrangement that relies on large energy storage components.

With that in mind, let us take a look at some of the best inverter for lithium ion battery and find out why they’re considered essential in such systems in the first place.

This isn’t so much a stand-alone inverter as it is a whole power station in the true sense of the word. In spite of its diminutive size, this power station incorporates a very capable inverter kit rated 150 / 300 Watts.

To put it in practical terms, this portable power station can charge your average smartphone up to 17 times and your average tablet for up to 10 times when operating at full capacity.

What’s interesting is that it can fully charge in less than 6 hours using a household outlet or in less than 7 hours with a solar panel. Overall, the energy efficiency is off the charts when compared to other portable power stations.

The kit also incorporates an advanced battery guard system that prevents short circuits, overload, and extreme temperature damage. It does so while prolonging battery lifespan to a considerable extent.

Compared to the 300-500 cycles in lead-acid batteries, this particular battery provides more than 2,000 cycles, which is impressive to say the least. Not just that but its service life is also about 8 to 10 times better.

Thanks to an ingenious design that involves a higher energy density potential, it delivers a more stable performance with greater power overall. As such, it will consistently deliver its charge regardless of the system it’s used in.

We should also point out that the battery does not burn when overcharged or over-discharged, which is something one should always look for when investing in a lithium battery of any kind.

Speaking of risks, bear in mind that if you’re using it with a trolling motor, then the maximum continuous output current of the battery must be twice that of the motor in order to run smoothly.

Not only does this portable power station work as well as bigger, fixed stations, but it does so while boasting the type of versatility that we normally find in military-grade devices.

Perhaps its most valuable asset is its fast charging time. More precisely, the power station can charge 80% of the battery in as little as 2 hours. As a battery charger, this is well above the common standard.

The power station is also fully compatible with a variety of solar panel systems, which is what you should expect from any decent power station nowadays.

As a battery charger, the system performs admirably on account of its incorporated 293Wh lithium-ion battery pack. It also features 2 Pure Sine Wave AC outlets that deliver a stable 300W at all times.

Green power compatibility is definitely something to look for in a power station these days and on that account, the Explorer 300 ticks all the boxes. As a matter of fact, its compatibility with portable solar panel kits makes it ideal for tent camping or long hiking trips.

The first thing you notice with this ingenious inverter generator is the lack of noise. In fact, it just might be one of the quietest portable generators ever made. At 5 dB, you can run this generator in almost any environment without causing yourself or anyone else any distress.

As for its technical capabilities, know that the 7127 iQ3500 has 3,500 starting watts and a 3,000 running watts capacity, which is impressive given its size.

Perfect for work and DIY projects, the durable steel enclosure gives the inverter generator an extra layer of protection in hazardous environments. Due to its portable nature, you can also take this generator on the road for recreational activities.

We should point out that it features a digital smart LCD that displays the wattage meter, the runtime remaining, the generator status, the hour meter, and fuel level – all in crystal-clear quality.

As you would expect from any decent generator, it too can charge up multiple devices like cell phones, tablets, and portable tools via USB ports.

A lot could be said about the RYOBI OP4050A with regard to energy density, capacity, fade-free power, durability, and general performance. Suffice to say that as far as high-capacity batteries go, it is without a doubt, one of the very best.

Capable of delivering almost twice the charge that batteries of a similar size generally do, this high-capacity battery can be used for a wide range of applications on account of its versatility.

We should point out that it comes with an onboard battery life indicator intended to increase user convenience and to give people a clear indication of its performance and capacity.

What’s more, the battery benefits greatly from over-molded edges for increased impact protection. This is something you should expect from quality batteries regardless of their size or type.

As for the charge time, you can expect the RYOBI OP4050A to fully charge in as little as two hours on average. Considering that you can get up to 4-5 hours of power out of it, it should be more than acceptable.

What to Look For in an Inverter for Lithium Ion Batteries

Looking for an inverter or any other charge controller for that matter may prove a bit challenging if you don’t fully understand what to look for. In that regard, know that an inverter doesn’t produce power but rather handles output voltage, input voltage, power, and frequency.

What is a Lithium Battery Inverter?

Know that as opposed to lead-acid batteries or other battery types, lithium batteries deliver a much steadier charge, which is specifically what lithium battery inverters are designed to handle.

When it comes to solar or wind power systems, the steady flow requires an inverter to handle the watt-hours output and voltage as per the battery’s power density.

Although most lithium batteries come with inbuilt protection systems to allow them to be charged via conventional methods, it does happen that the battery charger fails to reach the desired voltage during the charging process.

When that happens, an inverter will alter the charging voltage in order to deliver a steady flow of power to the battery. Regardless of the power source, the use of an inverter ensures that your battery doesn’t suffer from infrequent voltage which may damage it over time.

A quick glance at what the market has in store will tell you that inverter chargers are easy to come by, just as easy as lithium batteries. For that reason alone, picking a decent inverter might prove a bit challenging.

The first thing you need to consider is the voltage. Unlike lead-acid batteries that come in a 2V/cell standard, a lithium battery uses a 3.2 V standard.

So a 12 V battery will have 4 cells connected in the series, reaching a total voltage of 12.8 V. As such, a suitable inverter will have to handle 12V at the very least, although 24V and 48V models also do the trick.

When choosing a battery+inverter setup, it couldn’t hurt to first figure out what your energy requirements are and how they might change over time. You can do this by calculating the power requirements of your devices based on how much power they use.

While most cell phones and tablets have relatively small energy requirements, larger devices and appliances use a lot more power overall. So the first step here would be to figure out the volt-ampere supplied to the appliance by the inverter.

The quest for finding the best inverter for lithium ion battery shouldn’t be too difficult given the wide range of inverters available at the moment. And although not all manufacturers build them to the same standards, you can generally use reviews as a way of determining if an inverter is worth the investment.

We even talked about portable inverter generators today, which is definitely something you should look for if you have the budget. This is because inverter chargers can be easily adapted to fit complex energy systems, be they portable or stationary.

At the end of the day, however, you want to keep an eye out for an inverter that suits your energy requirements and one that hopefully comes in a compact size so that it’s easier to attach. 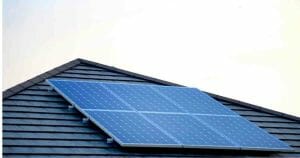 Solar panels are a great way to reduce your energy costs. They can be used to power your home, business, or even your car. And, 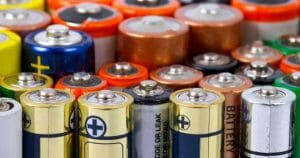 What Does Ah Mean on a Battery? An Immersive Guide

You’re going through battery listings on the web and come across the term “Ah.” Naturally, you might wonder: what does Ah mean on a battery? 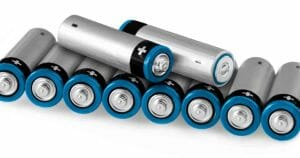 What Are AAAA Batteries Used For? The Complete Guide

AAAA batteries are standard tiny batteries that have many different applications. So, what are AAAA batteries used for?  They’re used in various portable electronic devices

What Is the Ideal Power Bank Battery Capacity — Is a 20000 mAh Power Bank Good?

When it comes to gadgets, it is no secret that power banks have become somewhat of a necessity. There is no feeling worse than running